The premise behind ONEOFTHE8 is that I am, you are and everybody is one of the (nearly) 8 billion human population of the world. Everyone is someone no matter who they are, where they are or what they are, from the people who keep our streets clean to the bigwig politicians who rule the globe. Whether ordinary or extraordinary, we’ve all got a story to tell and here at ONEOFTHE8, we’ve made it our mission to share these real life stories from real world people as far and wide as possible.

Our latest guest is most certainly what one might characterise as extraordinary and goes by the name of Andy Lewis - or ‘Sketchy Andy’ for those no stranger to the world of slacklining. Professional performer, stunt man, BASE jumper, pioneering slackliner, extreme sport athlete, Guinness World Record Holder, Super Bowl halftime performer and all-round great guy - we are truly humbled at the opportunity to be shoehorning an hour into the adrenaline-pumping schedule of ‘the father of modern tricklining’.

For those who aren’t familiar, a bit of background info about what slacklining is is in order before we go any further; to slackline is to move (run, walk, balance) across a taught line of webbing that is pulled tight between two anchors. For some, these anchors might be a couple of trees in the back garden with the webbing no more than a metre from the ground. For Andy - and slackline aficionados just like him - these anchors might be a couple of jagged rock faces a few thousand feet up in the air.

Tricklining takes things one step further by allowing the slackline to become a springboard for aerial acrobatics and hair-raising performance based on nothing but balance and a taste for danger. It’s “all the fun of a trampoline and all the balance of a tightrope”, Andy tells us as he explains how he believed he manifested this evolution of slacklining many years before it hit the mainstream. But where did this love affair begin?

Andy tells us how it all “started with [him] finding slackening in 2007 and watching Dean Potter free solo and wanting to walk a line without a leash 3,000 ft in the air just because”. The late Dean Potter was an American freeliner and BASE jumper who met his untimely death at the age of 43 after attempting a 3,500 ft free fall in a winged suit through the Yosemite National Park valley which tragically didn’t go to plan. Potter is somebody - a superhuman some might say - that Andy still looks up to to this day but for him, this art form extends beyond the balancing act of physical stunts and life threatening acrobatics.

Andy had a “spectacular” childhood, raised in Greenbrae, California by “two amazing parents”. He attended school, college and university locally, never really being more than five miles from the family home for any significant period of time (unless to visit other relatives in Kansas). Despite having already well and truly dipped his toes into the world of slacklining by the time he finished college - and winning an international tricklining championship to boot - Andy was still what you might call a bit of a homebird. It’s fair to say that since, though, this homing pigeon has found flight and is now a self-professed “global traveller and child of the world”. 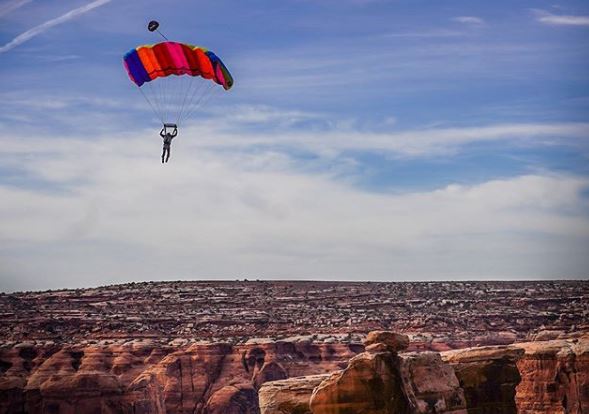 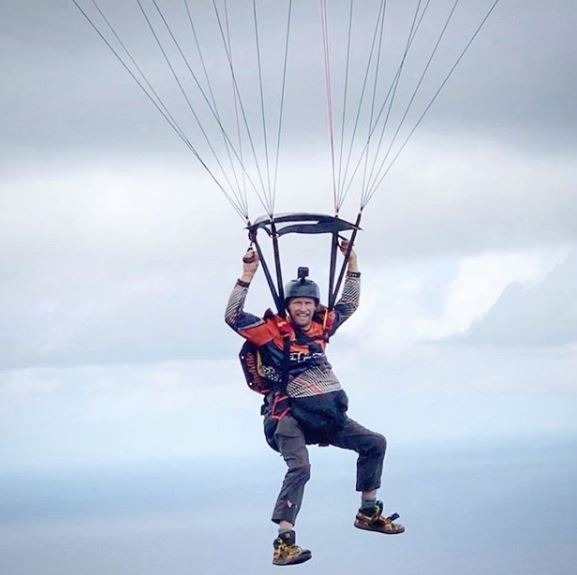 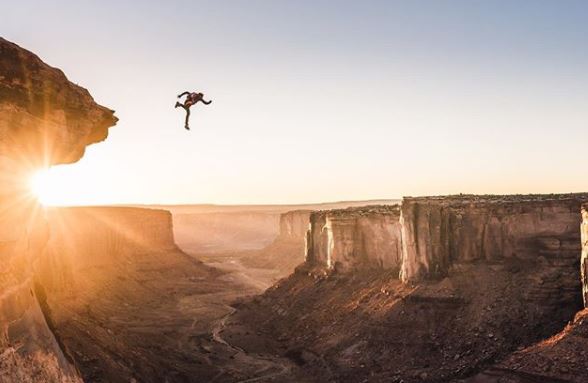 Andy was always into sport, tapping into soccer, baseball and wrestling for local teams but there was something about slacklining which just stole his heart. “I really wanted to learn how to fly and to be in the sky and to eventually find slacklining and have balance be part of the metaphor of my life”, he tells us, and how teetering on the slackline unlocked him access to “a greater and more powerful state of being”. The physical act of balancing, to him, is “a metaphor of how to learn and how to go about life”. Check out the moonwalk project below:

When recounting how his father’s progressive way of teaching him about the natural world, and his mum’s affinity to literature, drama and philosophy has shaped his own outlook, Andy continues with the theme of life’s metaphors. “You can look at a picture, you can look at a painting, you can look at a sculpture and you can see the detail and the skill […] but the story behind the sculpture provides the meaning that makes that sculpture important to someone”. Things aren’t things without their story and it’s in these background narratives that Andy finds his most alluring fascinations.

In 2011 Andy set a new Guinness World Record: surfing along a slackline 15 metres above a waterfall in China. Today, this record is still to be broken but for Andy, it isn’t about being the best or staying on top, it’s about changing the game, setting new standards and most of all, being present. Being present is what Andy believes is his greatest skill - despite being able to highline between two hot air balloons in flight - and it is this grounded presence which he also accredits to his astounding ability to make fear so calm and beautiful.

Being able to tune out fear in this way is also what Andy believes drew a talent scout at a slacklining national championship in Boston to select him to perform alongside Madonna at the 2012 Super Bowl half time show. His resistance to stage fright and his capacity to transform high stress into level-headed composure is what Andy believes led him to his “touchdown dance” moment, more than any physical prowess he might have been endowed with.

“Living a good life and living a long life is the balance of the tightrope that I’m trying to walk right now”, Andy explains, but speaks of how challenging it can be to find equilibrium between living in the biological sense and living in the spiritual sense. Of course, he wants to live to see tomorrow safely - we all do - but the sense of never being quite content with his achievements is something which Andy deems as “both [his] gift and [his] curse”.

As with all ONEOFTHE8 guests, we asked Andy to round up our conversation with a little insight into what inspires him most. His answer: death. “Everything in my life is important because I know that one day I’ll be dead”, he tell us and how the power of human mortality is a constant reminder to use our time more wisely because tomorrow is promised to nobody.

For some, the concept of seeing death as an inspiration for life might seem all too morbid but I totally get it. What Andy says about death and mortality always encouraging him to make the most of the time he is given reminds me a lot of some lyrics that truly resonate with me whenever I listen to one of my favourite Ben Howard songs, Time Is Dancing: “Now let’s go dancing, I do believe we’re only passing through”. Whatever your dance is, don’t let time pass you by because as Sketchy Andy would say, “there’s no better place than here and there’s no better time than now”.

If you want to stay in the loop with Andy’s daredevilry, make sure to follow him on Instagram @sketchyandylewis. To hear more about the profound spiritual cross-section between the tangible and non-tangible discipline of tricklining and what’s on the horizon for this adrenaline junkie, head over to Andy’s episode on the ONEOFTHE8 podcast now.